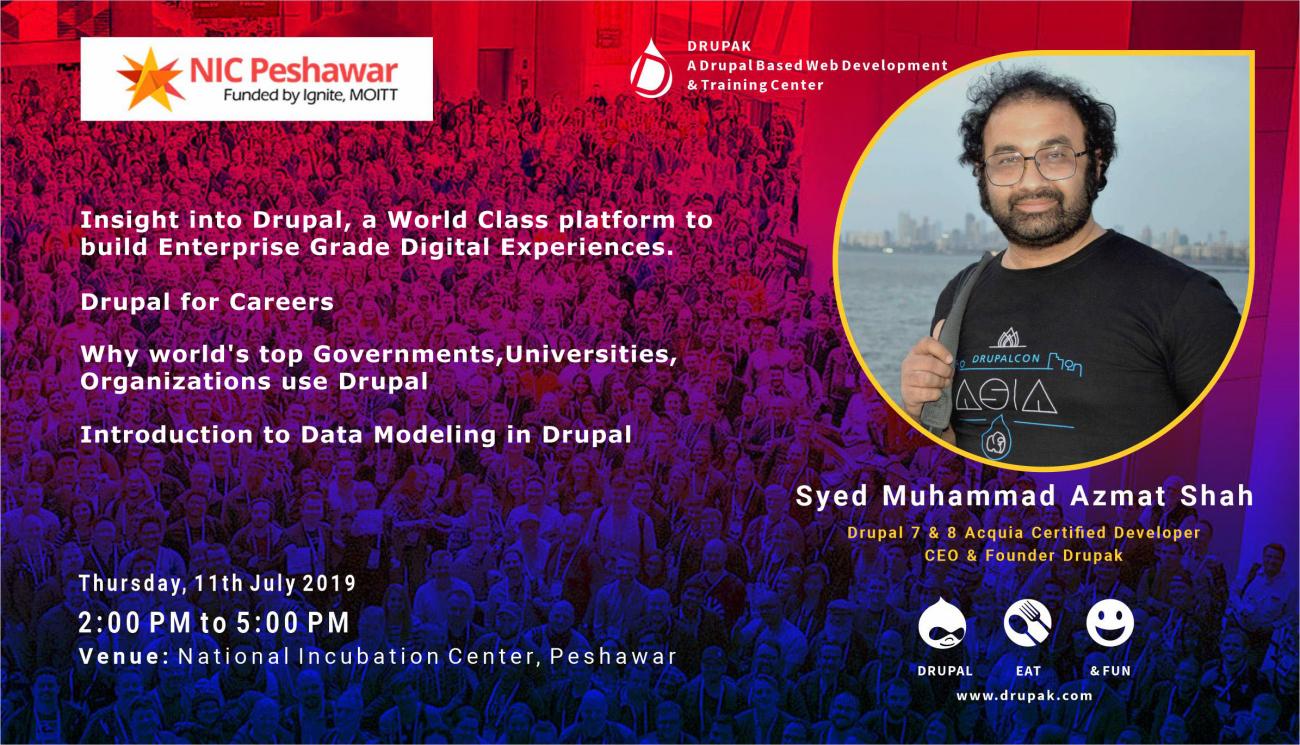 Drupak(PVT.LTD), a Drupal only web development and training firm based in Peshawar Pakistan, is re-starting its weekly free knowledge and skills sharing sessions in Drupal and its allied technologies. This series of free sessions has been named Drupal, Eat & Fun. First instance of this series will be held at NIC Peshawar on Thursday, 11 July, 2019. If you want to have illustrious careers in Web Development and want to start building Enterprise grade World Class websites and web applications, this is a must attend session for you.

Drupal is an open source Web Development Platform capable of building powerful web applications and web portals. It has been around since 2001 and has matured into one of the leading open source platforms with over 1 million high profile websites worldwide and thousands of Developers contributing to further strengthen it. Drupal’s capabilities are Enterprise Grade, and thus has been in use by some of the leading Governments and Universities around the world.
Many key organizations worldwide including Governments of Australia, US, France, Germany, New Zealand, Netherlands, UK use Drupal to serve citizens because of powerful features of Drupal including security, flexibility, cost efficiency, extensibility, powerful API, interoperability, developers friendliness and many more. In fact, Australian Government has gone full-fledged in adopting Drupal as its to go platform for all of their Government websites. Some of the World’s leading universities including Harvard, Oxford and Cambridge universities use Drupal to serve students, faculty and other stakeholders. Hundreds of Drupal companies worldwide and thousands of Developers strive hard keeping Drupal in par with emerging IT needs of the modern era.
Drupal thus can be used to build massive Portals, Intranets, ERPs, Databases, Surveys, Student and Course Management Platforms, Job Portals, E-Commerce based applications and other Enterprise class data oriented portals.