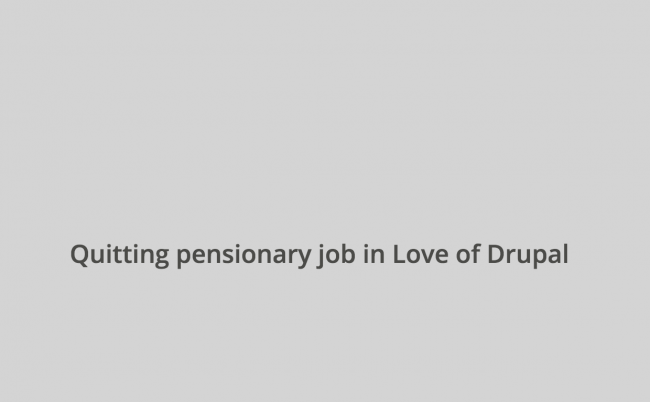 In my part of the World, a Permanent/Government job means a lot. Not only parents wish their kids when they grow up to have a Government job but they themselves crave for these jobs while even when they are studying. A Government job means a lot to them specially the gazetted ones known as BPS 17 and above. These jobs are pensionary, a source of respect in the society and the job holders are considered esteemed “officers” or “Sarkaari Afsar”. The country where arranged marriages are still a norm, these job holders get easily married as the in-laws know only death will sever them from the job they are having. I had been fortunate enough to be holding a job of this caliber at the Government run Khyber Medical University Peshawar where I served from May 2008 to February 2018. 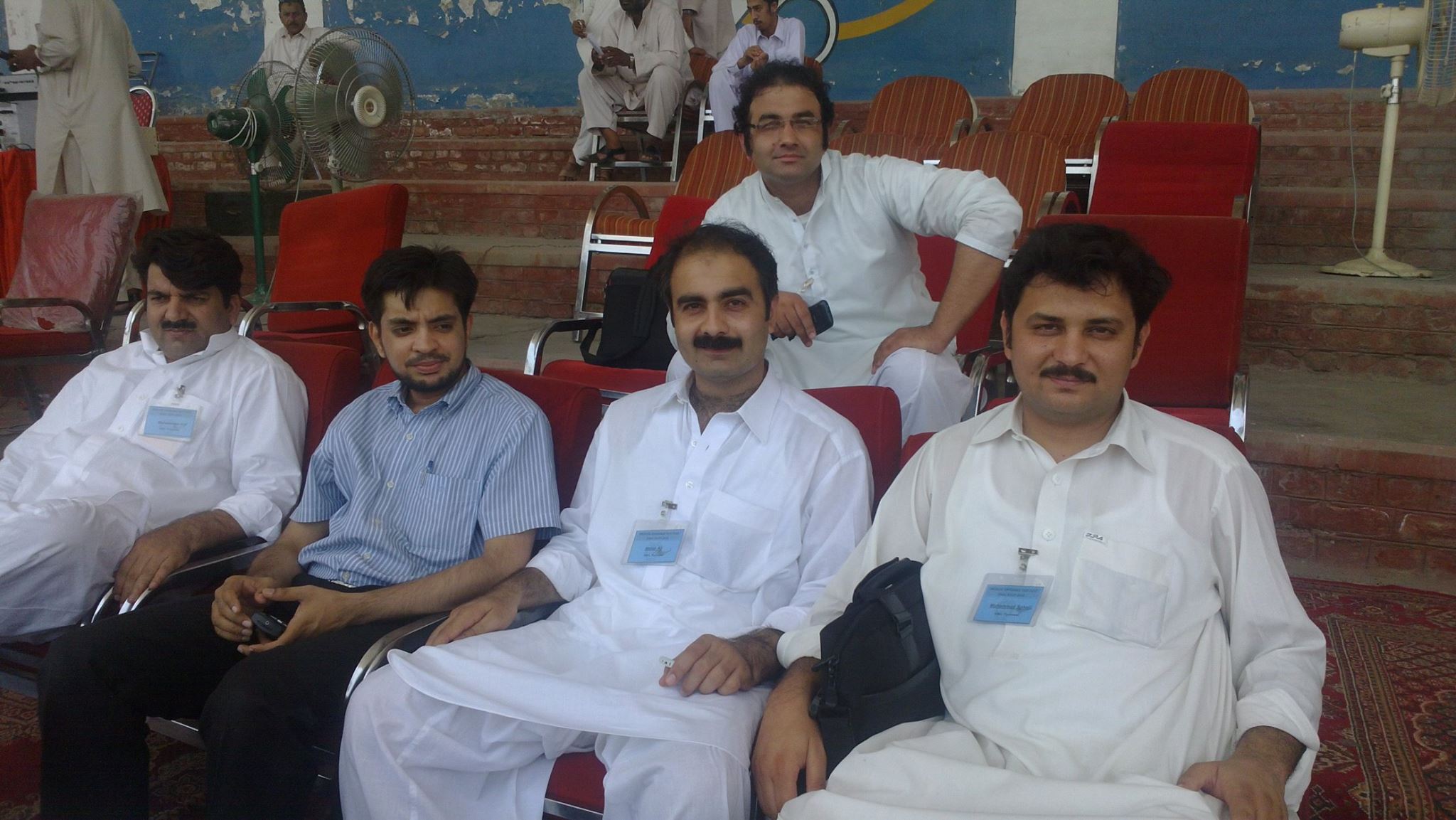 By the start of 2017 I knew the time was ripe that I had to choose from the two, either staying with the Government job or continuing improving Drupak. The love of Drupal won here, I spent a year deciding that Government job, where I had by then only got confined to posting pictures of the then Vice Chancellor’s meetings, that I would quit it to focus only on Drupak and Drupal. Keeping the trust on Drupal as a platform which is an effort of contributions of thousands of Developers from around the world made the decision look easy for me after honestly spending some sleepless nights. So I resigned from my Government job leaving behind countless memories spent with friends and colleagues over the last 9 years. In my circles, many have called me mad and insane but this is how I have always lived my life.A Drupal contributor working to move Drupal forward may never realize that lives of many like myself are deeply influenced and affected by the hard work they carry out. I may or may not prosper in future, I don’t know how my kids will rally in future as their dad is not a Government Officer now, but when I look at the Drupal Community worldwide, my heart gets bigger and I get indulged in sweet dreams that the decision I have made will help not only me, but many working with me or who will work with me in future. I have an eight month baby and when he is sleeping and I am looking at him, I have so many times thought I might not have done any good to him quitting the Government job, but then suddenly all the love of Drupal and its Community comes into my mind and I start feeling well.

I was the Webmaster of the University and ever since I had learnt Drupal, around mid 2010, we had our Web Presence in Drupal. Over the years we have had tremendous success using Drupal with Drupal Multisite architecture deployed to serve all the many departments and institutions of the University. There was an annual approximately 25 thousand student registration campaigns which were done via Drupal.

By late 2011, I established my own training and development firm named Drupak (after my d.o username) with an intention to popularize Drupal in Pakistan and introduce it to the youth of country. Drupak proudly has been Organization Members of the Drupal Association since 2013. It had been always toiling hard doing both things simultaneously i.e serving in the University in morning and staying at Drupak in the evening. But it continued for a good 7 years. 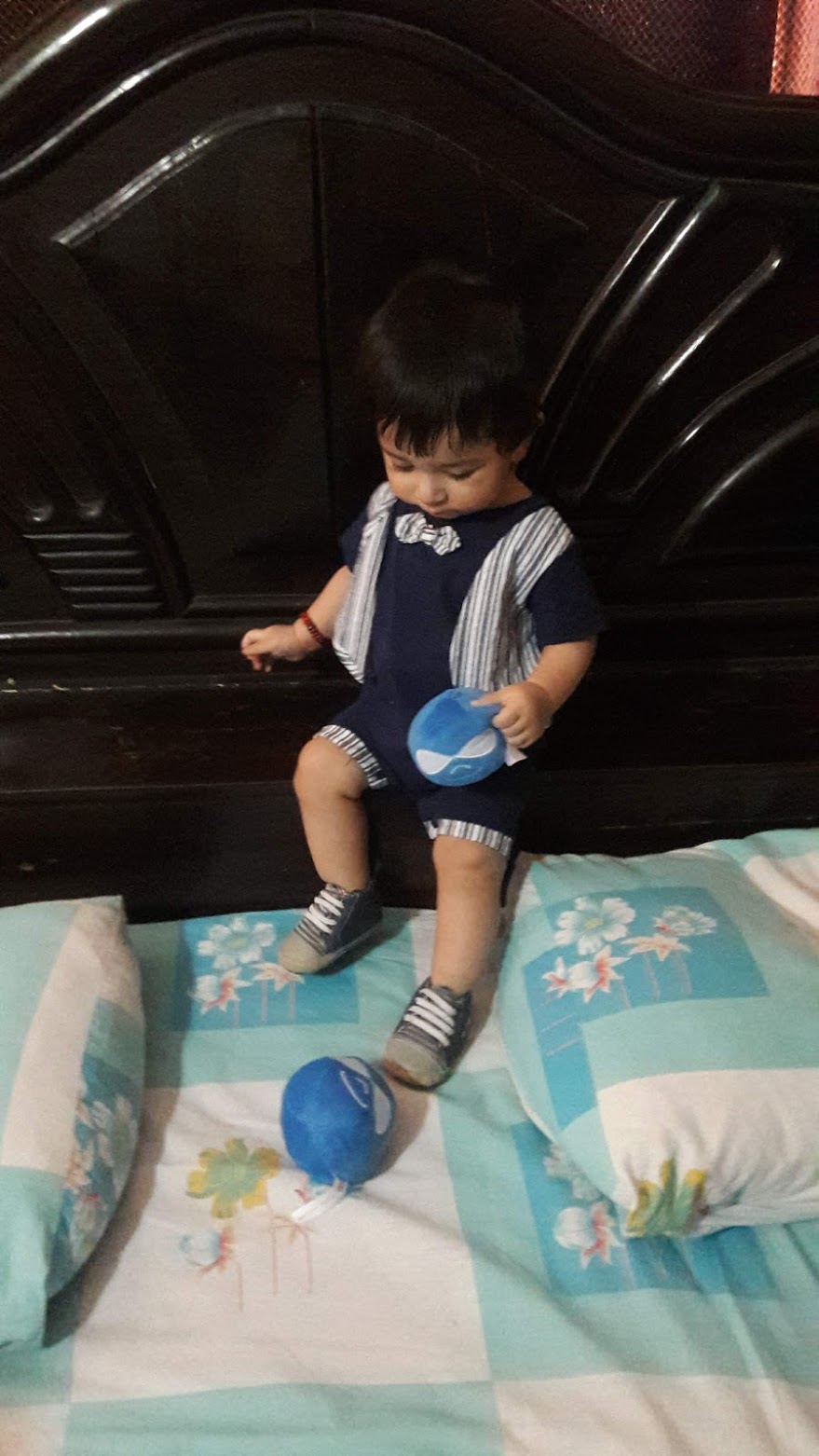 With so many formalities surrounding the Government job like begging for Ex Pakistan leave and others, I could hardly go out of the country for Drupal Camps and Drupal Cons, though we have been arranging camps in Pakistan and had a semi DrupalCon Asia attendance in 2016. But after the job resign, I attended Drupal Camp London, DrupalCon Nashville and Acquia Engage Europe in London and befriending so many Drupalers which is a pride already. Also with Cricket flowing in my blood, watching Test cricket at Lord’s Cricket Ground London was one of my dreams, and that too came true when I watched Pakistan win at Lord’s in May, 2018 against England. So, so far so good and hopefully it will remain so for me, my family and Drupak.

As a small company with high ambitions, we have full-fledged Drupal Contribution plans in very near future. The big Boss was kind enough to speak for Drupal Community Pakistan when I met him in Acquia Engage Europe which urges us to do more contributions for Drupal and now when I have nothing else left but to Drupal only,  I hope we will be upto the challenge very soon.

Pakistan’s population is 200 Million and I promise of bringing one in every thousand Pakistanis to Drupal, a mission which I know I will fall well short of, but still there won’t be any deficiency in the amount of effort we will need to put for it. If even a percentage of it happens, we will have hopefully many Drupal Developers from Pakistan contributing to Drupal and its associated technologies.

The resign from Government job should never mean that I won’t work for any Government agencies in future. I with both Drupal 7 and 8 certifications on my back, along with my other colleagues at Drupak, and with whatever knowledge I have, I would love to contribute to Government Agencies in improving their web presence and empowering the IT staff with Drupal, which is in use by many large government portals in the World. For any Drupal related services, always feel free to Contact us.